Vibe Smith is often asked whether he was given the name because he was born into a family of energy healers, or if he became an energy healer to fulfill the destiny of his name. And that’s when he’ll tell you, his actual name is pronounced Vee-Bay (Vee-Bay Antoine Corell Smith to be exact). But you can still call him Vibe, as most people do when they need to move out negative energy and let healthy energies flow into their body and soul.

Vibe helps patients of all ages, people with physical symptoms and emotional scarring, to identify the root causes of their suffering so they can deal, heal and feel good again. Vibe is a certified Healing Hands Master and Reiki master. He developed his own technique that harmonizes Source Energy, the high vibration energy that unites all living things, with Love Energy, the lower frequency, easily absorbed energy that flows between souls. Vibe’s gift isn’t something he learned. Healing energy flows strongly through his family, as it has throughout the ages.

Vibe’s grandmother, Big Mama, was known throughout Gulf Port, Mississippi for her healing hands. People traveled from far and wide to see her. Many would pay with food or gifts if they didn’t have money to spare. Big Mama had a garden that grew miraculously fast and provided nourishment well beyond her family tree; it was not uncommon for people to leave with an energized spirit and overflowing food basket. Vibe and Big Mama were always connected, well beyond the limits of words and verbal communication. This kept them close even after Vibe’s father took him away to one town after another.

Vibe grew up traveling the nation, living in Ohio, Mississippi, Oklahoma, Oregon and Washington. His father told him, ‘when you make your own money, you can buy whatever you want’. Vibe wanted as much as any kid did at that age, so he mowed lawns, delivered newspapers, bagged groceries and served fast food to buy clothes, cars, records and food. He loved to sing and dance and eventually signed with a modeling agency to do local runway and photo gigs. While success came with the hard work, so too did the burden to house, manage and enjoy all those possessions. When enlightenment came, he gave it all away to pursue a life without obligation or possessions.

Daiosm is an Eastern philosophy; simply put, do what makes you happy – just don’t hurt other people doing it. That suited him perfectly as he set off on more adventures. Then 9/11 happened, and like many of us, he felt obligated to give back to the nation that he traveled so well. He joined the Coast Guard and served in Portsmouth, Virginia. While his intentions were pure, this decision led him down a dark path, one where negative energy flowed like a raging river.

The military isn’t a good place for strong black men who aren’t combative. Constant taunting and harassment took their emotional and physical toll. Vibe was sidelined by a knee injury made worse by a herniated back when he was on the VA wait list for surgery. He tore his meniscus again while working in a nightclub and had complications during surgery. The proud man who used to stand more than six feet tall on strong, muscular, dancer’s legs, was confined to a wheelchair for a year. 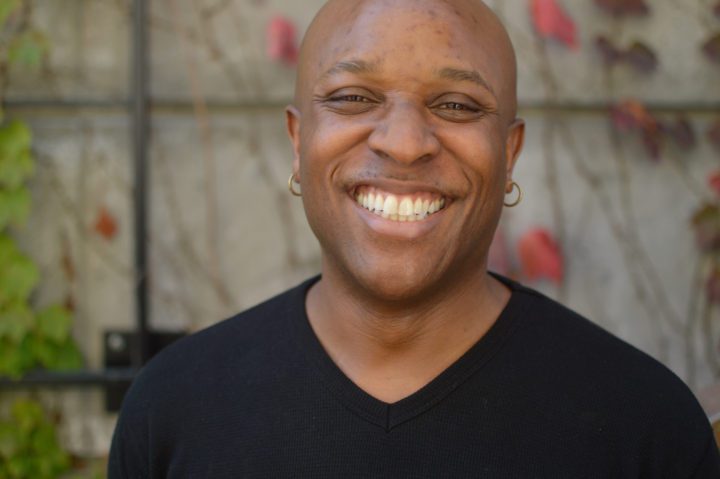 Vibe’s personal journey back to health led him back to the teachings of Big Mama and down a path into the healing arts. Both a Shaman and a Reiki Master guided Vibe on his journey. Healing energy flowed strongly through him. He soon became a Certified Reiki Master. Today a good friend and Cranial Sacral Therapist serves as his mentor and Vibe proudly serves as hers. While Big Mama has passed on to become one with all Source and Love energy, Vibe’s mother continues to provide endless love and support as he makes his way forward as a healer, entrepreneur and humble passenger on Planet Earth.

A terminal patient with Lupus, an autoimmune disease, was one of Vibe’s first patients. Doctors told this man there was nothing more they could do. He suffered from swelling, joint pain, fatigue and irritable sleep. Vibe explored the man’s life beyond his medical condition. The man revealed some things to Vibe; other things Vibe revealed to the man. Below all the symptoms were the twin pains of loss and regret. The man’s wife had passed away; he was struggling to get closure. In light touch Love Energy sessions in Vibe’s healing studio, and in sessions where the patient stayed home and Vibe channeled Source Energy from afar, change began to happen. Negative energies that were trapped in his gut, tissues and heart were discovered and unblocked. First, the man learned to accept, embrace and truly love the person he was. As he replaced the emotional pain surrounding his wife’s death with a rush of positive, healing energy that celebrated her life, the swelling in his body went down, his joint pain disappeared; he slept deeply and had more energy during the day.

Today, Vibe works with people from all walks of life and all types of physical and emotional pain, ranging from anger, emotional disconnection, PTSD, insecurity, unease and instability to stiffness, soreness, irritability, weakness and fatigue. Some come for one session, others come from many. No matter how many steps one’s journey takes with Vibe, it’s a step forward to good health and happiness. 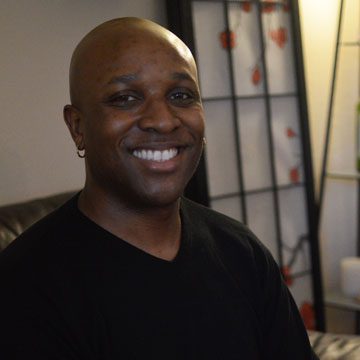 Learn more about Vibe & Down to Reiki!

Allowing mind, body and spirit healing using intuitive communication for your HIGHEST GOOD, with the intention of Balance and Well-being.